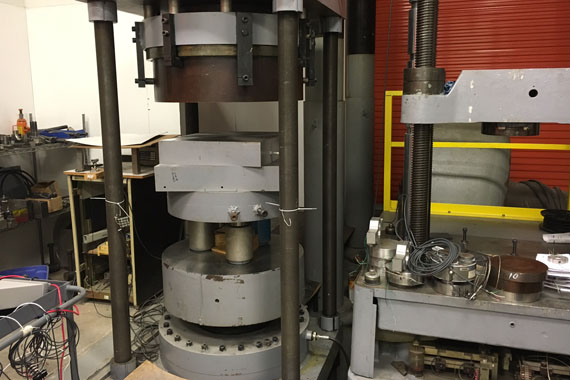 Ever since the beginning of the industrial age, various technologies have been developed to aid in product manufacturing, and this has only increased and improved over time. Due to the fact that the demand for results has increased for additional output at a far better quality, it is only right to assume that advanced measurement tools are necessary to guarantee productivity. Regardless of the type of manufacturing process that is being conducted, each operation needs to be measured and controlled. Load, force, torque, and twist all need to be properly measured to make certain that the desired outcome and quality are accurate. These are measured by load cells and torque sensors in addition to various electronics that condition, convert, store, and display the measurement of importance.

Standalone sensors, load cells experience the full load or force that needs to be measured. Load cells today utilize strain gage technology to make certain that there is continuous reliability and high accuracy over an extended period of time. Load cells come in a variety of sizes, shapes, and capacities, and they are considered linear sensors with accuracies that range between 0.03 and 0.25 percent of nominal capacity. These cells have the capability of measuring loads of just a few grams to as much as a few million pounds.

Load cells can be utilized to control and/or monitor any kind of process where force, weight, or load variables are imperative. Load cells may be manufactured to operate in extreme conditions like high and low temperatures (450 degrees Fahrenheit to -450 degrees Fahrenheit), underwater, vacuum, high magnetic fields, and radioactive and corrosive environments. These cells can also be used in various industries like medical, chemical, oil, automotive, aerospace, and power.

There are a number of machine processes that consist of parts turning along an axis on a fixed point. An example of this would be a wheel or a motor turning on a bicycle or vehicle in order for movement to be produced. Torque is considered the variable that impacts this movement so that the desired effect is accomplished. Among the earliest uses of torque measurements dates back to 1918, this is when the first torque wrench was invented by Conrad Bahr when he was working at the Water Department for New York City. Torque was a crucial measurement while connecting and assembling pipes to ensure that fasteners were tightened properly.

Torque sensors today can be utilized to measure torque or twist. Similar to load cells, torque sensors will experience to full torque that they’re measuring. In addition, they use strain age technology to generate an electrical signal that is directly proportional to the torque that has been measured and can be manufactured to operate in similar conditions to load cells. Torque sensors are able to be utilized on both stationary and rotating equipment.

If you want to keep the measurement instruments operating properly, confirm the tools’ accuracy, and determine the characteristics of performance, it is critical that you calibrate them on a regular basis to their required specifications. This consists of comparing a signal that is known from a standard to the sensor signal that is being calibrated. The instrument’s characteristics of performance under the calibration will then be able to be determined and used to correctly operate the sensor. As a general rule, the interval for calibration for torque sensors and load cells is one year.

Torque sensors and load cells are both utilized to ensure the proper functioning of machines, measure the uniformity and reliability of manufactured products, and control industrial processes. The ample selection, accuracy, versatility, and ability to operate in various environments make these cells and sensors indispensable COGS in the world of 21st century technology.