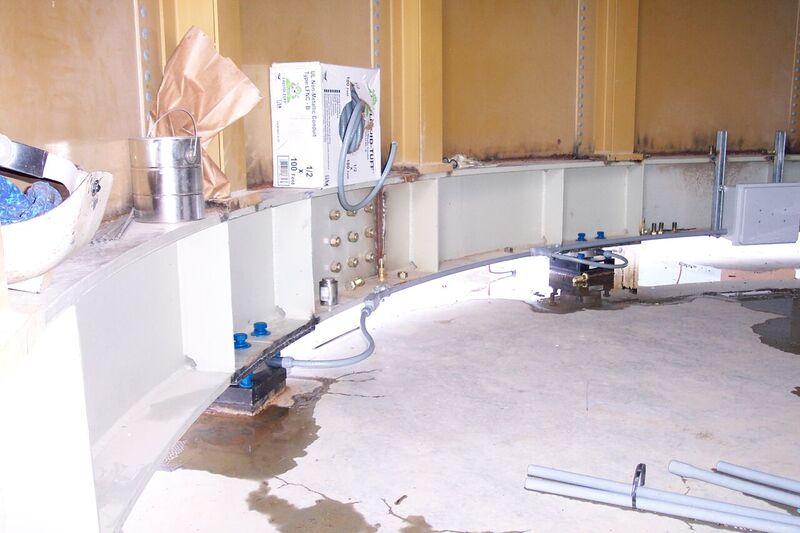 Load Cells: What Are They?

Also known as a transducer, a load cell takes mechanical force (such as weight) and converts it into an electrical force. When force (weight) is applied to the transducer, it deflects. Resistors are installed in the area where maximum deflection will occur. A voltage is applied to these resistors; as the metal deflects, a change is resistance in the circuit is measured. This change in resistance is directly proportional to the applied force.

An analog output signal is produced by the load cell that is proportional to the applied force or weight. This signal is then transmitted from the load to the controller that will then convert the signal into a weight measurement (usually digital).

Analog load cells are known as the most common load cells in the industry and they work on the principle referred to as strain gauge. Prior to a load cell’s weight reading being able to be displayed properly on the indicator, it must be converted from analog to digital. Many load cells have cables that directly connect them to digital weight indicated for the translation (conversion) to take place. Some load cells will be connected to a junction box that is on the scale that will “sum” the analog readings from several load cells, convert the analog signal to a digital signal, and then send it to the digital weight indicator.

Also known as pressure transmitters, hydraulic load cells don’t use internal circuitry or strain gauges. Instead, these types of load cells have hydraulic fluid in them. Therefore, when compression occurs, there is a change in pressure, which is will be transmitted through tubing to a summing system. It is there where an analog load cell is located. Pressure will be applied to the cell so that proper weight can be determined.

In some cases, the analog-to-digital conversion is performed within the housing of the load cell. While it is often known as digital load cells, the measurement is actually in analog. In order for the conversion to be made to digital from analog in the load cell, the system needs to be able to compare the individual load cell output and then perform a diagnostic analysis based on all that data. However, due to the fact that the conversion occurs within the load cell, the electronic components are extra sensitive throughout the entire scale system, which makes it more vulnerable to damage from moisture, vibration as well as increased solder joints.

In North America, this probably the most popular load cell configuration for vehicle scales. These types of load cells are compression load cells that have very large capacity ranges – usually anywhere between 1,000 and 200,000 pounds. The double-ended shear beam load cell is secured at each end with an applied load to the load cell’s center. Similar to all designs of shear beam cells, the strain gauge is mounted in the center of the machined cavity of the load cell on a thin web. A disadvantage with this particular type of load cell is that it is cheaper with higher-capacity applications than canister load cells due to the fact that the load cell doesn’t require checking, which makes it almost completely maintenance-free.

The oldest type of load cell is known as the canister. Considered a compression device, the canister load cell is in the form of a vertical canister and can handle anywhere between 100 to one million pound loads. In order to fully protect the gauges, the cell is hermetically sealed or welded. However, it will sometimes require checking, which means that check or stay rods need to be installed so that the weighing vessel will remain in place as it is being weighed. With many existing weighing systems, older canister load cells are being replaced with newer canister load cells.

Rocker column load cells are often preferred by manufacturers due to the fact that they are inexpensive. However, these types of load cells require bumper bolts and check rods, which require maintenance and thus increase the overall ownership costs. The money that is saved on raw materials is usually passed down to the consumer in the form of extra maintenance.

As a general rule, truck scale load cells are made of steel alloy or stainless steel. However, many manufacturers offer an assortment of solutions that will fit your needs.

These particular types of load cells are more expensive. However, if you are dealing with high-moisture and corrosive applications, then they are far more ideal thanks to the hermetically-sealed web cavities. The stainless steel cells that aren’t hermetically sealed aren’t much superior to cells made of tool alloy steel, aside from the increased corrosion resistance.