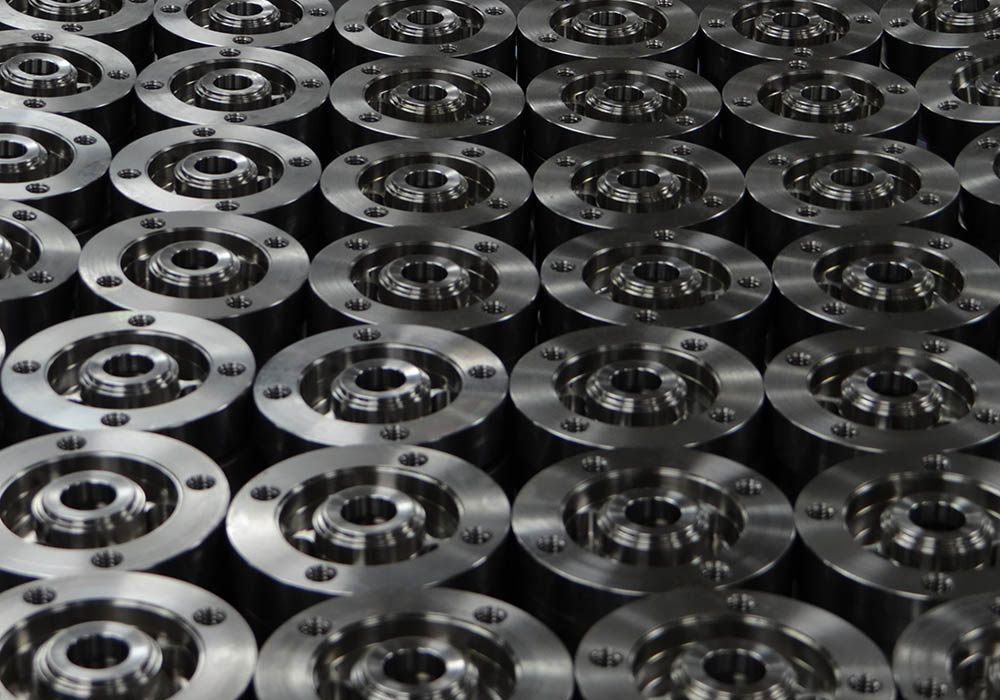 Load cells are force transducers that have the ability to convert mechanical force into electrical output that can be measured. While there are several different types of load cells, strain gage-based load cells tend to be the most widely used.

Aside from some laboratories that still use precision mechanical balances, strain gage load cells control the weighing industry. When hygiene and intrinsic safety are important, pneumatic load cells are used. In remote locations, hydraulic load cells tend to be favored since a power supply is not required. Accuracies between 0.03 and 0.25 percent full scale can be expected with strain gage load scales. These types of load cells are suitable for virtually all types of industrial operations.

The History of the Load Cell

Prior to the rise and popularity of strain gage-based load cells, mechanical lever scales ruled the world. Mechanical scales have the ability to weigh a variety of things, including pills, railroad cars and many things in between. As long as they are properly maintained and calibrated, they can weigh these things accurately and reliably. The scales tend to either use a weight balancing mechanism or they will detect the force by using mechanical levers. The earliest sensors included pneumatic and hydraulic designs.

In 1843, Sir Charles Wheatstone, an English physicist, devised a bridge circuit that had the ability to measure electrical resistances. This bridge circuit is ideally suited for measuring changes in resistance that happen in strain gages. While the very first bonded resistance wire strain gage was created within the 1840s, it only became economically and technically viable in recent decades thanks to advancements in electrical engineering. Since then, strain gages have thrived in both stand-alone load cells as well in mechanical scale components.

As a general rule, load cells are distinguished by the way that they detect weight (compression, bending, tension, shear, etc.) or the type of output signal that they generate (hydraulic, pneumatic, electric).

Hydraulic load cells are considered force balance devices and will measure weight by the change in pressure of filling fluid internally. When looking at a rolling diaphragm type load cell, the load or force acting on the head will be transferred to a piston that will then compress the fluid that is confined within the elastomeric diaphragm chamber. The pressure of the fluid will rise as the force increases. This pressure can be transmitted for control or remote indication or locally indicated. Output tends to be linear and generally unaffected by the level of filling fluid or its temperature.

As long as the cells have been installed and calibrated properly, the accuracy can be within 0.25% full scale – and sometimes even better. Due to the fact that the sensor contains no type of electric components, it is suitable for hazardous operations. These load cells generally include bin, tank and hopper weighing.

Pneumatic load cells operate on the same type of principle (force balance). These load cells utilize several dampener chambers in order to create a higher accuracy than hydraulic load cells. With some of the designs, the first chamber is utilized as a tare weight chamber. These load cells can be utilized to measure small weights when safety and cleanliness are vital. The benefit to the pneumatic load cell is that it is insensitive to variations in temperature changes and virtually explosion proof. In addition, these cells do not contain any fluids that could contaminate the operation if a ruptured diaphragm were to occur. The disadvantage to these cells includes the need for air or nitrogen that is regulated, dry and clean as well as a slow speed of response.

Strain-gage load cells can convert the load that is acting on them into electrical signals. The actual gauges are typically bonded onto a structural member or a beam, which then deforms when there is applied weight. As a general rule, there are four strain gages that are used at one time in order to obtain optimal sensitivity and temperature compensation. Two of them are in tension, while the other two are in compression. They are wired to compensation adjustments. When there is applied weight, the strain will change the electrical resistance in proportion of the actual load. Strain-gage cells increase accuracy and lower overall costs, making them the preferred choice in most weighing applications.

Selecting the Appropriate Load Cell for Your Individual Application

Ways To Check If Your Load Cell System Is Working Properly